This symptom is common to both a cold and rhinosinusitis, but the latter requires antibiotics when a bacterial infection is the cause.

ON a rainy day in Kuala Lumpur, a lady in her early 30’s, looking very tired and stressed out, came to my clinic, complaining of a blocked nose for the past two weeks, which disturbed her daily activities

She also complained of a severe headache over her forehead and cheek region, making it difficult to concentrate on her work.

She felt a lot of thick mucus behind her nose and throat, which was difficult to clear, causing her to frequently clear her throat and cough in an attempt to remove it.

These symptoms became more apparent when she was lying down and sleeping at night, as well as during prayer time when she bent forward.

She had sought multiple medical opinions and treatments, however, her symptoms were not fully resolved.

She had had infections like this in the past, but never quite so severe with such persistent symptoms.

I personally hate having a blocked nose as it disturbs my work.

I can’t concentrate when my nose is blocked as I have to breathe through my mouth, which makes my throat dry and uncomfortable.

I’d just recovered from a common cold, which lasted about 10 days.

It was the worse experience I have ever had.

Because of the nose block, I couldn’t sleep well at night.

My symptoms were similar to those of the lady above.

My patient and I were suffering from acute rhinosinusitis – a common condition also known as resedung in Bahasa Malaysia.

Our symptoms are related to the inflammation of the paranasal sinuses (which surround the nose or nasal cavity) and nasal mucosa, leading to swelling of the turbinates (soft tissue that projects into the nasal cavity from its walls) and increased mucus production.

These are the major contributions to the blocked and “running” nose in acute rhinosinusitis.

The inflammatory changes in nasal mucosa lead to the congestion, and inefficient drainage and ventilation, of the paranasal sinuses.

The stagnation of mucus in the sinuses may lead to bacterial infection if treatment is not given.

This may result in headache, facial pain,

or greenish mucus, and fever.

occurs when a patient has four or more episodes of rhinosinusitis a year, without persistent symptoms in between.

A patient has complicated rhinosinusitis when the inflammation has spread outside the paranasal sinuses and nasal cavity at the time of diagnosis (e.g. affecting the nerves, eyes or other soft tissue).

I am frequently asked by patients, “I catch colds quite frequently, but this is the worst cold I’ve ever had, is there any particular reason for this?”

There are certain conditions that may contribute to the severity of the rhinosinusitis.

The disease and its effect on quality of life, productivity and finances are substantial.

It affects one in eight adults and accounts for close to 16 million doctor visits per year.

In Asia, the infection rates reported in Korea, China and Singapore are 7%, 8% and 2.7% respectively.

The direct cost of managing acute and chronic rhinsinusitis exceeds US$11 billion (RM45.2 billion) per year, not including the cost from lost productivity, reduced job effectiveness and impaired quality of life.

More than one in five antibiotics prescribed for adults are for sinusitis, making it the fifth most common diagnosis responsible for antibiotic therapy.

An accurate diagnosis and management contribute to improved treatment outcome and reduce the financial burden of the disease.

Although it is a common illness, rhinosinusitis presents a number of diagnostic and management challenges to doctors.

Its diagnosis is usually based on symptoms, supported by diagnostic imaging or nasal endoscopy, which is difficult to access in primary care clinics because of limited radiological and endoscopy facilities.

The most common cause of acute rhinosinusitis is a viral infection associated with the common cold, which is usually selflimiting in nature (will improve by itself ).

Supportive care with medications to alleviate the symptoms are the main aim of treatment. Antibiotics are not necessary. However, distinguishing between acute viral rhinosinusitis related to colds and influenza-like illnesses from bacterial infection is a frequent challenge to the primary care doctor or general practitioner (GP).

A thorough history-taking and clinical examination are important to reach the diagnosis.

As a general guide, symptoms that last less than 10 days are likely to be viral in origin.

Acute bacterial rhinosinusitis is diagnosed when the symptoms and signs of acute rhinosinusitis – greenish or yellowish nasal discharge with blocked nose and/or facial pain/pressure/fullness – persist without improvement for at least 10 days.

Anterior rhinoscopy can be done in primary care when acute rhinosinusitis is suspected.

However, it has limited value in diagnosing chronic rhinosinusitis, compared to nasal endoscopy, due to its limited visualisation of the nasal cavity.

In recurrent rhinosinusitis, the doctor may test for allergies and immune function, as well as look for nasal polyps.

Radiographic imaging is unnecessary if the diagnostic criteria for acute rhinosinusitis are met.

The most common imaging study done to evaluate the paranasal sinuses is a CT (computed tomography) scan, supplemented by an MRI (magnetic resonance imaging), if complications are suspected.

Most patients will seek treatment at the GP’s clinic, and the majority will recover completely.

The aim of treatment is to reduce the severity of the symptoms and prevent complications.

In viral rhinosinusitis, treatment is usually symptomatic with medicines for fever and pain.

Antibiotics should only be given when acute bacterial rhinosinusitis is diagnosed.

If the symptoms worsen or fail to improve with the initial treatment seven days after diagnosis or worsens during the initial treatment, the doctor should reassess the patient to confirm acute bacterial rhinosinusitis, exclude other causes of illness and detect complications.

If that is the case or if there is any doubt, a further evaluation like nasal endoscopy and imaging should be done.

Surgery may be required in certain situations, when complications arise, such as involvement of the eye or brain, and in the case of failed optimal medical treatment.

The aims of surgery are to reduce the inflammation and improve the delivery and effectiveness of intranasal medications. Dr Gan Chon Chean is a consultant ear, nose and throat (ENT) surgeon. For more information, email starhealth@thestar.com.my. The information provided is for educational purposes only and should not be considered as medical advice. The

Star does not give any warranty on accuracy, completeness, functionality, usefulness or other assurances as to the content appearing in this column. The Star disclaims all responsibility for any losses, damage to property or personal injury suffered directly or indirectly from reliance on such information. 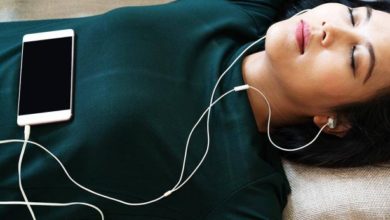 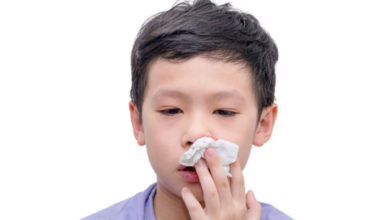 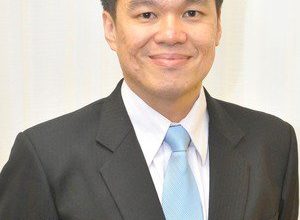 The Malaysian Society of Otorhinolaryngology and Head Neck Surgeons is about 25 years old and it has grown to strength of 280 members.